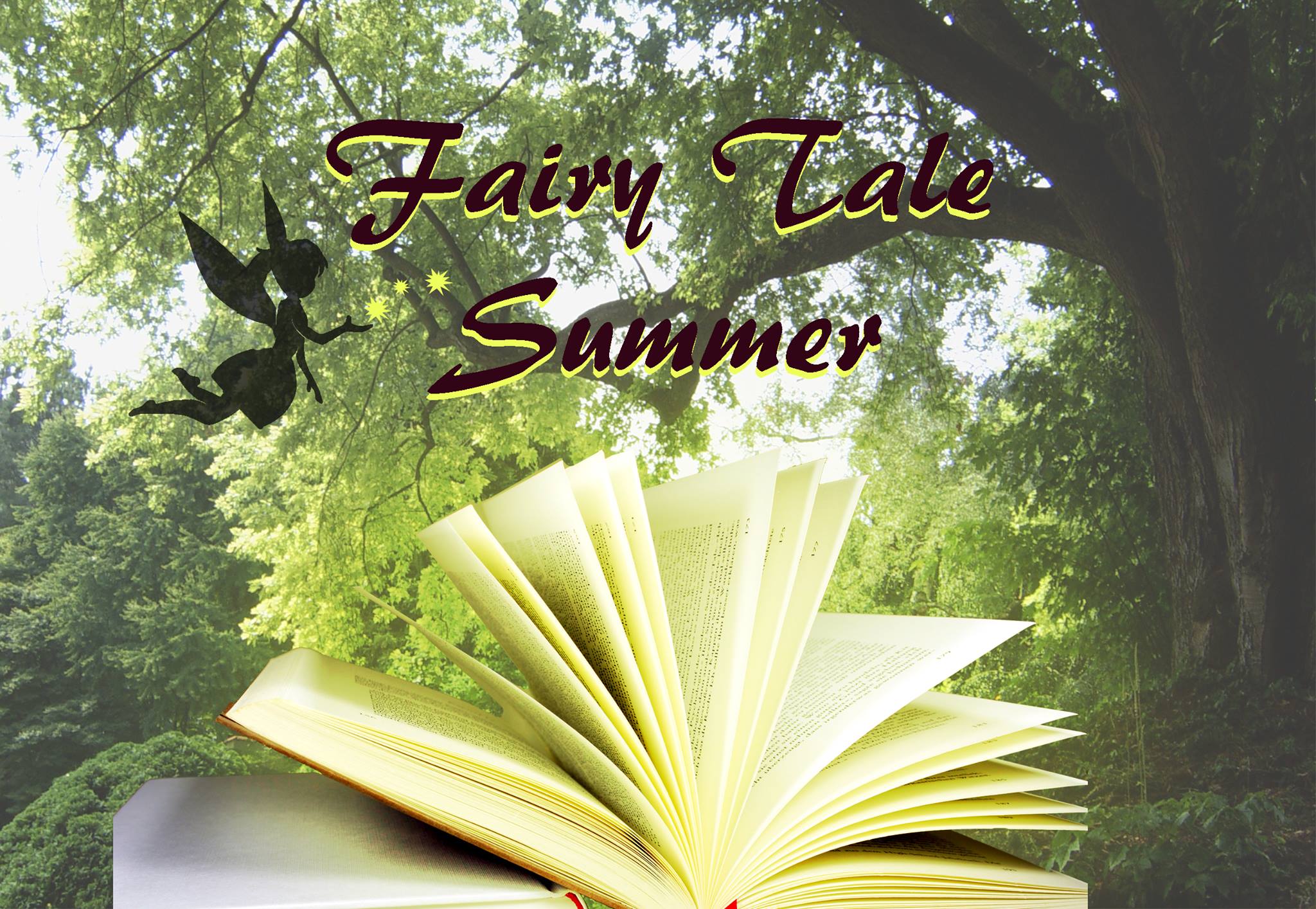 For the Fairy Tale Summer I decided (and obviously asked if it was okay, so thanks for letting me do this!) to translate (or rather let translate: Thanks Cupric for helping out here!) the Blog posts by Sebastian „Sofian“ Wiedemeier I told you about in the beginning. If you prefer reading it in German check out Sofian’s original post: Das eigentliche Ende Deutscher Märchen [Teil 2]. But let’s begin:

I’ve already talked about the more or less unknown Fairy Tale Donkey Skin and the more famous Fairy Tale Little Red Riding Hood in the first part. Both end in quite a different way than Disney or Brothers Grimm lead on. In the second part of my series I’d like to stay with famous Fairy Tales again – I dare say that the following two Fairy Tales I’m focusing on are in the top 5 in terms of fame. 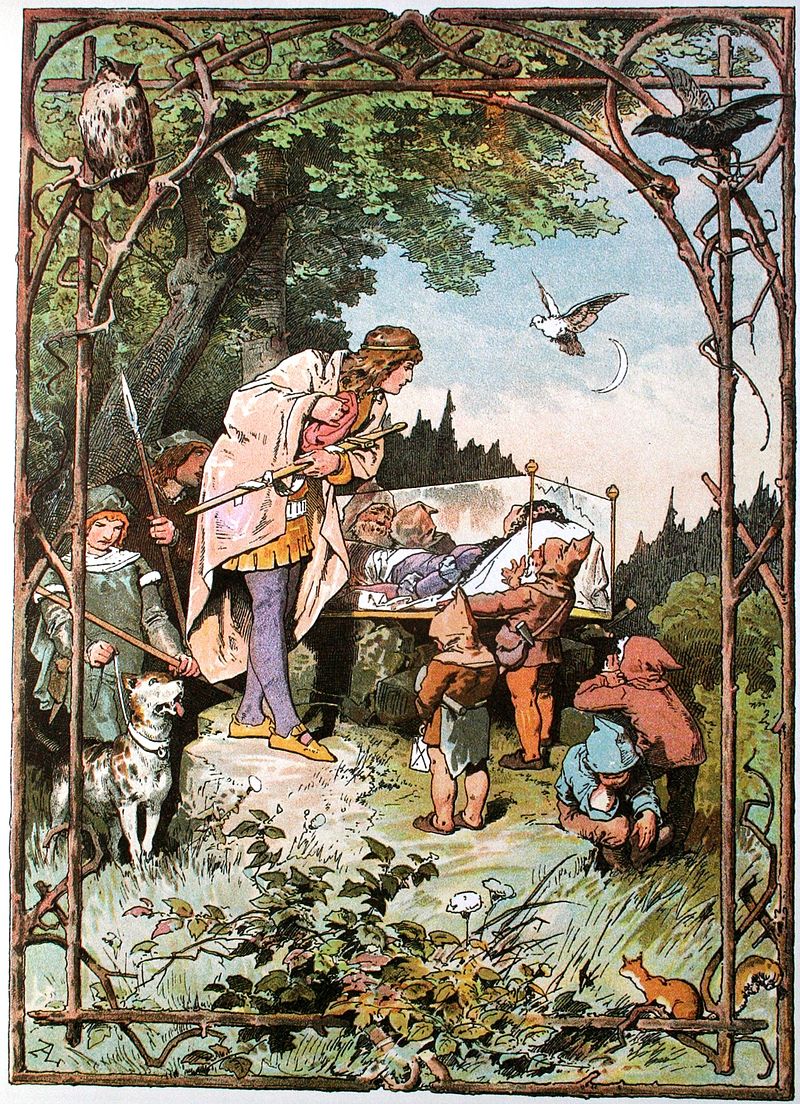 I’m sure all of us sat in front of the TV and happily sang along ‚Heigh-ho, Heigh-ho, It’s home from work we go!‘ when the dwarves went home. Everyone knows the basic story-line. Snow White escapes from her vain stepmother and survives several attempts on her life after that and finally gets kissed back to life by the prince. The origin plot of this lower German Fairy Tale is different and quite strange on several parts.

Everything starts with the Queen pricking her finger and realizing how beautiful the color combination of black-red-white is. She wishes for a child in those colours and of course it comes true. That already portraits that woman’s character quite well on its own, but there is more to come. She’s in possession of a magical mirror in this version as well which she regularly consults about who is the fairest of them all. When Snow White reached the age of seven she became more beautiful than the Queen which the mirror says self-evidently. The mother, full of vanity, gets consumed with envy and fetches a Huntsman to guide Snow White into the forest where she is to be killed by him. Hello, I mean, it’s her own friggin‘ daughter?! And that’s just the tip of the ice berg – she demands a trophy from the Huntsman, namely lungs and liver of the little princess, because she wants to ‚cook them with salt and eat them‘. A totally normal thing to do, cooking your own child’s organs.
Still, the Huntsman is a man and, as always in such Fairy Tales, the men gets easily softened up. So Snow White starts tear-jerking and begging for her life (I don’t know about you but with seven (!) I had no clue what death meant) and so the Huntsman lets her go. I mean, every man with pity lets little children run around on their own in a forest. Instead of her he kills a boar piglet and brings its organs to the mother who actually proceeds to cook and eat them. Yep, she’s really doing it while believing them to be her daughter’s.
Now follows the typical to and fro, the mother tries with different approaches to get Snow White to bite the dust but somehow it never quite works until she constructs an apple. Snow White dies (again) and is put into a glas coffin where she doesn’t decay.
But what would be a story without another totally disturbed character? And so a Prince enters the stage, who immediately falls in love with the Snow White. Well, she’s dead and still friggin‘ SEVEN years old, but hey, how does it go? There is no too young there’s only too ti.. Let’s drop the subject. He asks for her corpse, who wouldn’t, and lays her on a bier. Thenceforth he isn’t able to eat or sleep without the body next to him. As if all that wasn’t sick enough (He lays a body on a bier! He falls in love with a seven year old dead child! Do you need more?), he orders his servants to treat her as if she was still alive. At one point one of them is so fed up that he starts pummeling the body in anger, who immediately spits out the apple. She comes back to life and the prince is all happy. They both marry and for the wedding (Did I mention her being only about nine if you count in the time she spend lying around dead?) her mother gets invited. Polite as the Prince tends to be he bestows her right away with a new pair of shoes .. made of glowing iron in which she has to dance until she drops dead.

Let’s summarize: A seven year old girl, a mother dripping of vanity and prone to cannibalism and an openly pedophile-necrophiliac Prince… That doesn’t sound much like Disney, does it?
Of course, several motives get processed. Eating your enemies is a tradition to acquire their might and skills (in this case: beauty) and stems from Celtic times. The apple as a sign of misfortune is definitely Christian. Still… the story in this version is much more disturbing than one would have guessed.

This Fairy Tale was too hardcore even for the Brothers Grimm as they softened it for their first issue even though it wasn’t targeted for children. The basic story-line is quite known as well: A royal couple has a child and they celebrate a feast were only 12 out of 13 Fairies are invited. The 13th curses the child because of that and so, on its 15th birthday, misfortune befalls them – she and the whole court fall asleep for a hundred years. In that period of time a lot of princes die in the thorn hedge around the castle but at the end one manages to break through and kisses her awake.

In the origin version however it isn’t a prince’s kiss that wakes her but rather a child sucking her finger. Where the child’s from? Good question… Well, the Prince had been there for a few years and he thought: If she isn’t protesting that means she wants it, too! And raped the Sleeping Beauty. Who gave birth to a child and again the Prince forces himself upon her. Another child follows before Sleeping Beauty – at that time coming through two rapes and two births without waking up – is awoken through said second child because it sucks on its mother’s finger.
But those who’s expecting the King to punish his daughter’s rapist, some would think a nice cleaver would be the best solution to those people, is wrong. Instead a wedding takes place where Sleeping Beauty marries her (about a hundred years her junior) rapist with whom she ‚lives happily ever after‘.

What’s your overall opinion on them? Do you know a Fairy Tales which ending was alternated in a similar way?

Sofian blogs about writing and other things that come along with it. He also has a keen eye for Fairy Tales. Next week there will also be a third part, he especially wrote for the Fairy Tale Summer, as well. 🙂