Okay, so I skipped three weeks of posting something (with good reasons, I assure you!) and you just get a measly tag instead. Sorry, I guess, but let me explain before I get further into it.
Skip-Week  #1: On Monday I could finally move back into my flat, well my furniture at least. I still had to get a new fridge (Hugo III. moved in on Wednesday) and carpet and basically clean everything. As I still commuted I was too exhausted to write anything.
Skip-Week #2: Cue the unpacking! I still have a long way to go as I took some liberties in my break-schedule, but that’s basically what I did.
Skip-Week #3: We’re currently in it, and you should get the long overdue WWW, but as I got down with a flue-thingy – that is kind of improving by now – I really didn’t feel like concentrating too much.
Instead I thought I dig up this old thing from a tag back in August 2015 (yes, last year) by Fissel to at least give you something to read on here. So, thank you Fissel and sorry for the delay. 😉 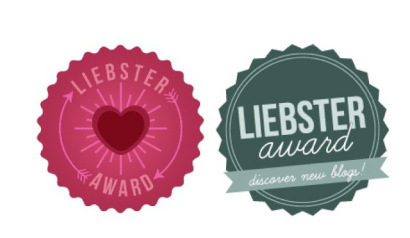 As the title suggests is this my second Liebster Award, so I’m just quoting the first one to tell you what the Award is about – if you don’t already know it:

It is used for getting out the word for unknown Blogs.
Liebster is [also] the German word for beloved partner or darling, in the Blogging sense, to me, it means a Blog you hold dear and greatly enjoy reading. So for me it is an honour to be granted this award and be able to give it to other Blogs I like.

Now for the Rules:

(* as translated from her Blog)

And the Nominees are…

As I’m seeing the Liebster-Award as something to give to people, who’s writing I enjoy I nominate Blogs that I enjoy reading, even if they probably already met the 300 Followers count.

And that’s basically it. I’m not really a fan of the whole „nominating“ thing – especially as I can’t remember if anyone ever accepted one of my tags. These of course are not the only Blogs I follow, but some Bloggers were already nominated with other tags and for another tag, I still have lying around, I have a few other people in mind.

Okay, I admit I’m lazy again, but as none of my nominees from last time ever reacted, I’ll just recycle the questions and add an eleventh one, as I really like them…

Have fun, I know I’d like answering those questions. 😉
PoiSonPaiNter
P.S. I know I posted two buttons, but I simply took the picture from Fissel’s Blog, so it’s her fault… 😉