As I’ve just returned from my September vacation I felt like giving you a little overview of what has happened before I resume a more „normal“ schedule again.

I started my first longer vacation time in the beginning of September: Nine Days of exploring with Janzy.

We went from Berlin to Prague by train and stayed there in a Hostel for the night. From afternoon til the evening we went through all those alleys and streets filled with tourists, across the crammed Charles Bridge, all the way up to Prague Castle and back, where we also managed to see the last display of the Astronomical Clock. We wanted to do some more exploring on the next day, but the search for our bus station delayed us quite a bit and we pretty much only managed to have proper lunch before we departed by bus to Vienna where we stayed until our return flight back home. 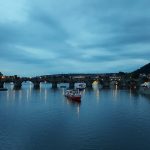 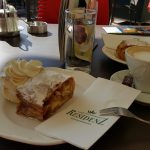 The Little Princess in front of Buda-Castle

For three days we used up the Vienna Pass for sightseeing where we visited amongst others Schönbrunn Castle, UNO City, the Prater and many more (I’m by the way thinking about extra posts for the efficient usage of the Vienna and London pass, anyone interested?). On our previous to last day we followed up on an invitation by EmmaN of the Nornennetz for self-made Zwetschgenknödel, which were really tasty and just one of several dishes we tried.

Our last day we used for a day trip to Budapest by bus. After some struggling with the transportation system we took a look at the two joined cities and soon discovered that we should give it a little more time and that we were pretty exhausted from all the walking around the days before…

The next day we already flew back to Berlin and with the next parts of a recording of „Moby Dick“ I returned to Neubrandenburg.

Because I’m clever and had to work three days between vacations. 😀 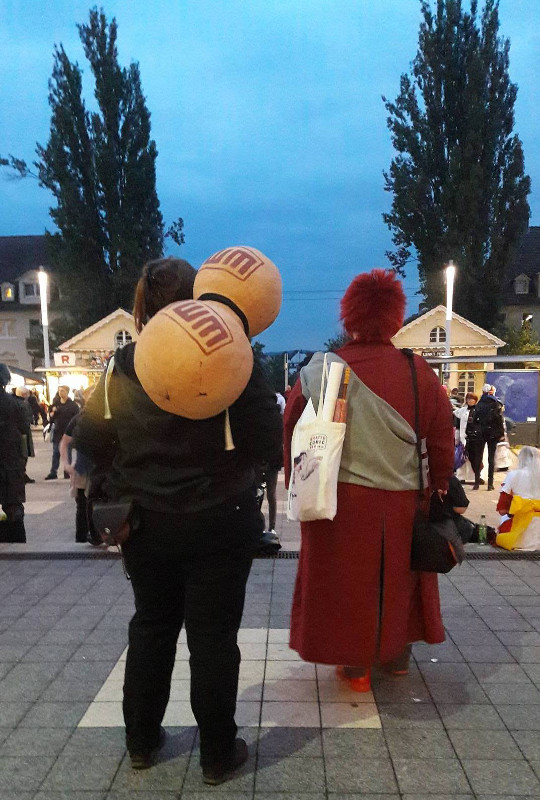 After the German Comic Con last year and the failed attempt to go there last year, Schmusejacke, AnnaTao and I finally managed to attend the Connichi in Cassel. And yes, one day I was in cosplay  as well – the day after I wore a fandom mix. 😀

With two days remaining we explored some places I had visited before when I stayed at Nazgul’s in 2009: Sababurg and Zoo and the Bergpark Wilhelmshöhe.
One evening we ate at a front cooking Mongolian buffet restaurant were I tried kangaroo for the first time. It’s pretty chewy…
You can read up on our exploits through our Twitter page: ASAP Chronicles.

* I’m sorry this wordplay is hard to translate as it uses the IKEA slogan „Wohnst du noch oder lebst du schon?“ (probably used as „Make a house a home“ in English, literally: „Do you still reside or already live?“) mashed up with con as short for convention in a form of can („kannst“). So probably something along the lines of: You’re still going or already asleep?
** Cosplay wordplay: Gaara, the Kazekage from Naruto, Katze is the German word for cat, Kürbisträger means pumpkin carrier: catzekagerian pumpkin carrier. 😉

Celebrating their 25th anniversary I couldn’t resist to end the vacation with an Edguy concert in the Columbia Hall in Berlin. It was great to finally see them in a standalone concert after only seeing them at a Festival before. They are after all one of my first Metal Bands. It was stuffy and great. 😀

Well, tomorrow and Monday I’ve got to work. Tuesday is a public holiday in Germany, German Unity Day, something that leaves quite a bitter taste, seeing that so many Germans made quite a stupid choice during elections last weekend… If your German is good enough, I recommend you to check out the Hashtag #wirschreibenDemokratie (we’re writing Democracy) by the Nornennetz, where different people talk about their view on the election results.

In this time I still have to do a couple of things: